We would like to present the first results of a study by the German Sport University Cologne, investigating the effects of training on the p-board. The p-board was invented by Jerry Medernach and Gilbert Kohl and seems to be a highly effective training tool to increase strength and local resistance in Bouldering and Lead Climbing. We are working in cooperation with T-Wall to create a setup that is accessible for all climbers. 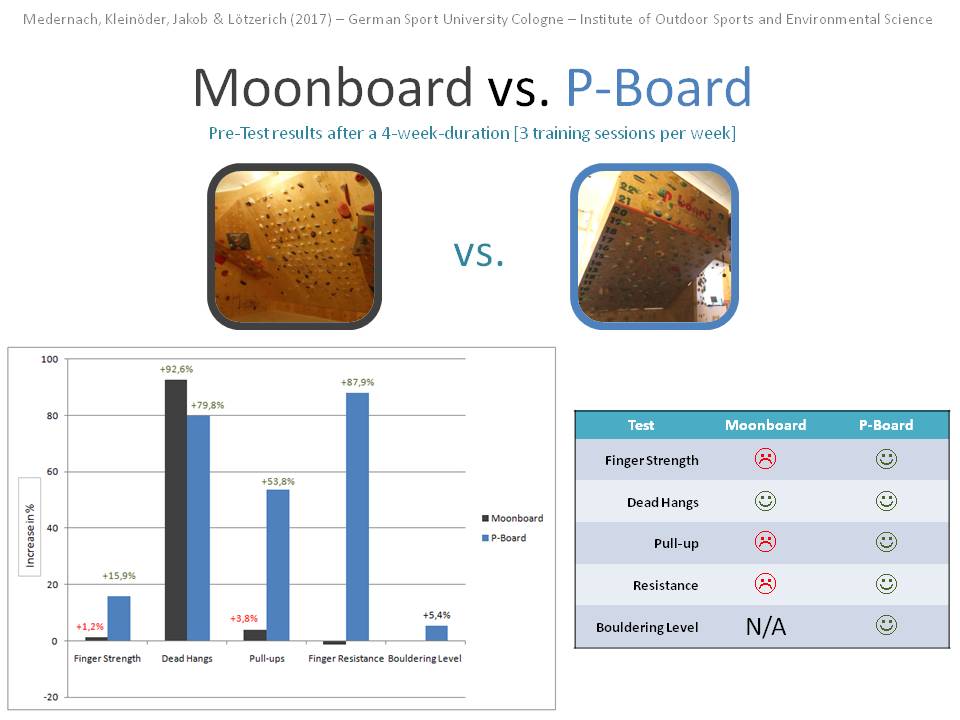 8a Fb for Jay Hoffmann & 8a+ Fb for Carlos Higuera

Jay Hoffmann, a Bloc House Staff member, climbed on the 24th of July his first 8a Boulder, the GREEN MILE. Just a couple of days later, Carlos Higuera, who´s also training in the Bloc House, managed to climb FLYING GUITAR THIE, an 8a+ Fb Jump in the Rocklands, South Africa. Looks like Bouldering is moving on in Luxembourg. Good Job guys.